On to our second lesson on book cover design…

Readers should be able to look at your cover and instantly know kind of story it is.

Every genre has its cover conventions. Script font with two beautiful people in regency dress embracing on the cover? Historical romance. A dragon’s eye and a strong serif typeface? Epic fantasy. 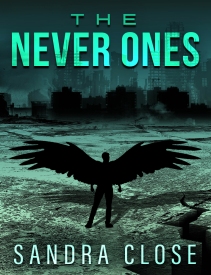 Typefaces say a lot. Note the fonts in the examples above. The urban fantasy uses bold, clean fonts. The steampunk mystery novel uses typefaces with a vintage feel. And the horror fairy tale combines the image of a bloody hand with a pretty script font to convey both aspects of the genre crossover.

However, you don’t want to get lost in a sea of sameness. This is a trap I often see with some genres such as paranormal romance. The default cover formula is generally a vivid monochrome photo (blue and red are popular) of an attractive shirtless man. If it’s a shifter romance, the animal form is usually ghosted in the background or photoshopped in front of the man in the same monochrome scheme. The single-color effect can make the photoshopping look more uniform, but the end result is a book that looks exactly like every other book.

Colors say a lot about your book, too. Urban fantasy often uses dark color schemes with splashes of deep, saturated color. Contemporary romances are lighter, softer. Take a look through your genre on Amazon or your library ebook app and note what colors the other books are using to convey mood and tone. (I’ll discuss color in greater detail in tomorrow’s lesson.)

So here’s the dilemma: how to stand out while still conveying your genre? That’s Trait #5, so stay tuned!

Bottom line: Make sure your reader can determine your genre at a brief glance.